With its distinguished homes and picturesque, tree-lined streets, Summerhill seems more like a quiet turn-of-the-century village than a neighbourhood in the heart of Canada’s largest city. This idyllic district straddles the Yonge Street corridor, extending from David A. Balfour Park in the east to Rosehill Reservoir Park and Farnham Avenue in the north, west to Avenue Road, and south to the Canadian Pacific Railway tracks of the Belt Line.

Summerhill has historically been one of Toronto’s most popular neighbourhoods, and it remains so today. With an impressive inventory of Victorian and Edwardian homes, Summerhill real estate is exclusive, but more attainably priced than the nearby districts of Moore Park, Leaside and the Annex.

The History of Summerhill

Summerhill derives its name from the Summer Hill House, an impressive Regency-style home which was once the focal point of the developing neighbourhood. Summer Hill House was built in the mid-19th century by Charles Thompson, a locally famous transportation magnate whose expansive estate once sprawled across the land which makes up the present-day neighbourhood.

In addition to Summer Hill House, which topped the area’s loftiest hill, Thompson built a popular amusement park known as Summer Hill Spring Park and Pleasure Grounds. While no remnants of the park or Summer Hill House still stands, Thompson’s original coach house remains intact. It is located on a street which is now called Summerhill Gardens.

When Thompson died, his heirs agreed to parcel off his estate into subdivisions, which began to be developed for residential use in the 1880s. In its early years, the neighbourhood’s central focus was concentrated around the North Toronto Railway Station, the flagship station of the then-recently completed Canadian Pacific Railway. 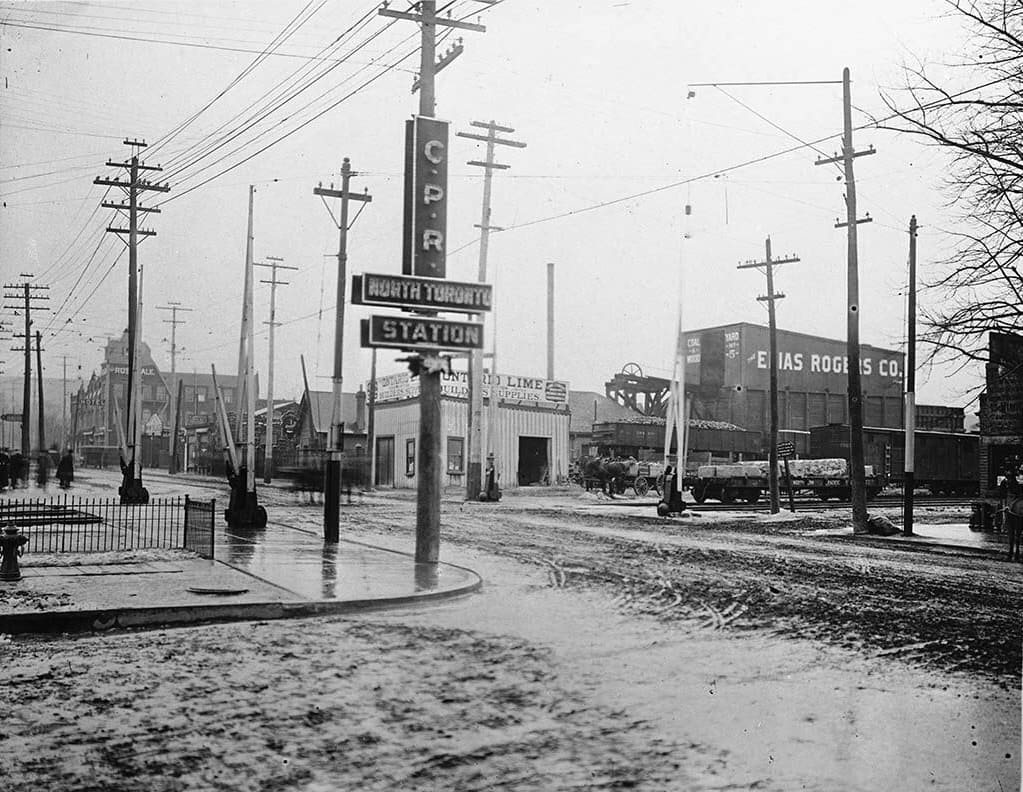 Summerhill’s boom period tailed off in the early 1930's when the North Toronto Railway Station closed. However, Summerhill made a quick recovery and went on to become one of Toronto’s most popular places to live in, which it remains to this day.

One of the neighbourhood’s most famous native sons is Lionel Conacher, a two-time Stanley Cup champion who later served terms in the Ontario legislature, as well as the House of Commons in Ottawa.

The neighbourhood’s winding interior streets house an impressive collection of Victorian and Edwardian-style homes, most of which were built between the early 1880's and the late 1910's. Both detached and semi-detached styles are common, and Summerhill properties tend to feature brick exteriors laden with distinctive architectural accentuations including patterned brickwork, Flemish brick bondings, slate roofs, bay windows, ornate cornices and etched dentils.

While some of the houses in the area have garages and private driveways, many do not, which is to be expected considering the age of the homes. The City of Toronto offers annual street parking permits to residents who require them.

In addition to these historic Summerhill homes, more recently built properties are also available in Summerhill. The neighbourhood offers plenty of town homes, with a number of low-rise condo developments mostly concentrated around Yonge Street.

Most of the newer properties were constructed between the mid-1980's and the end of the 1990's. Rental rates in Summerhill are low, with over 90% of the neighbourhood’s residents owning their own home.

The Summerhill TTC subway station is located on the Yonge-University-Spadina line and can be reached on foot within minutes from anywhere in the neighbourhood. The TTC also offers bus service along Avenue Road and Yonge Street.

Motorists can drive downtown in about 20 minutes, depending on traffic. The Don Valley Parkway is located approximately two kilometres east of Summerhill, and Highway 401 is about seven kilometres north.

Summerhill is home to an abundance of green space, and its parks and outdoor recreation areas are one of the neighbourhood’s primary attractions.

The area’s most prominent parks include:

Rosehill Reservoir Park: The Rosehill Reservoir is widely considered one of Toronto’s most scenic green spaces, featuring a large children’s playground and summertime splash pool. Numerous trails, including a surfaced path wind their way through the placid tree-lined reservoir.

Lionel Conacher Park: This scenic neighbourhood park was named in Conacher’s honour in October of 1967, in recognition of his sporting excellence and years of public service.

It is also a popular venue for wedding photographs and has been featured as a location in dozens of TV shows and movies including "X-Men," "Strange Brew," and "Scott Pilgrim vs. the World."

Summerhill residents can join the historic Cottingham Tennis Club, which is located in an old Canadian Pacific Railway building at 107 Cottingham Street which dates back to the 1920s. The complex features five outdoor clay tennis courts, which are accessible from April through October. Members also enjoy access to a clubhouse, communal kitchen and shower area.

Toronto’s midtown districts are home to some of the best-regarded public and private schools in the city. Schools which are located in or very close to Summerhill include:

Given the relatively small number of schools which actually lie in Summerhill’s boundaries, many parents choose to send their children to institutions in neighbouring areas. However, parents are advised to contact the Toronto District School Board or the admissions department of any private schools which they are considering with questions regarding enrolment.

Such inquiries should be made prior to finalizing the purchase of a Summerhill property to avoid confusion or disappointment. Public schools typically accept students from home addresses within close geographic proximity, while private schools establish and abide by their own admissions policies.

While casual eateries, pubs and ethnic restaurants are located throughout the neighbourhood, many of Summerhill’s dining options are concentrated near the intersection of Yonge Street and Summerhill Avenue.

Summerhill’s Yonge Street corridor is also home to a number of upscale boutiques, but many neighbourhood residents migrate north to the intersection of Yonge and St. Clair or south to the Yorkville shopping district at Bay and Bloor for a wider range of retail options.

Also, the famous “Five Thieves,” a collection of old-world European-style merchants including a butcher shop, bakery, florist, greengrocer and coffee shop, have been a Summerhill institution for decades.

The Deer Park branch of the Toronto Public Library is accessible to Summerhill residents. It is located at 40 St. Clair Avenue East.

From its earliest beginnings, Summerhill has been one of the city’s most vibrant, sought-after neighbourhoods and has been home to some of the most prized real estate in Toronto. That tradition is reflected in home values which continue to appreciate steadily and predictably.

Search Homes For Sale in  Summerhill

Jethro Seymour is one of the Leading Toronto Real Estate Brokers at Royal LePage RES Ltd., Johnston & Daniel Division. Jethro Seymour is a midtown Toronto residential specialist with over 20 years of sales experience in real estate, marketing, construction, and publishing. He has helped many families find homes in Toronto’s great neighbourhoods, and has extensive knowledge of local markets, new home construction, resale home sales, and the condo market. Living in midtown Toronto, Jethro previews many of the homes that come to market for his clients and inventory knowledge. Jethro specializes in Summerhill, Moore Park, Casa Loma, Rosedale and North Toronto neighbourhoods.