The Annex is one of Toronto’s most vibrant and diverse neighbourhoods. It is home to a unique and eclectic mix of successful businesspeople, artists and creative professionals, university students, and families with deep roots in the area. Its quiet, leafy streets, stately homes, and beautiful architecture make it one of the downtown area’s most in-demand districts.

Informally, the Annex is bounded by Dupont Street to the north, Avenue Road to the east, Bloor Street West to the south, and Bathurst Street to the west. The City of Toronto uses a slightly different definition, expanding the neighbourhood’s boundaries to include the adjacent districts of Yorkville, which lies east of Avenue Road, and Seaton Village, which is just west of Bathurst.

The Annex is one of Toronto’s oldest neighbourhoods, with a history of immigrant settlement dating to the 1790s. Initially incorporated into York Township, the Annex was subdivided into individual lots beginning in the 1870s as Toronto’s growth accelerated. Between this point and the 1920s, the Annex was widely considered Toronto’s most prestigious neighbourhood, and was home to many if its wealthiest and most prominent citizens. Timothy Eaton, the founder of the Eaton’s department store chain, was among its well-known early residents.

Today, the Annex is a close-knit neighbourhood, retaining the elite qualities of its storied history while remaining welcoming and accessible. Its residents are strongly committed to preserving the district’s unique character, which is evident at every turn.

Most of the homes in the Annex date to the late 19th or early 20th centuries, with a characteristic annex house featuring highly detailed Victorian architecture. The Queen Anne and Richardsonian Romanesque styles are also prominently featured on the Annex’s placid, tree-lined streets. Annex homes are also well-known for their distinctive and detailed, yet classic and understated exterior detail. Brick, sandstone, and terra cotta facades dominate the neighbourhood. 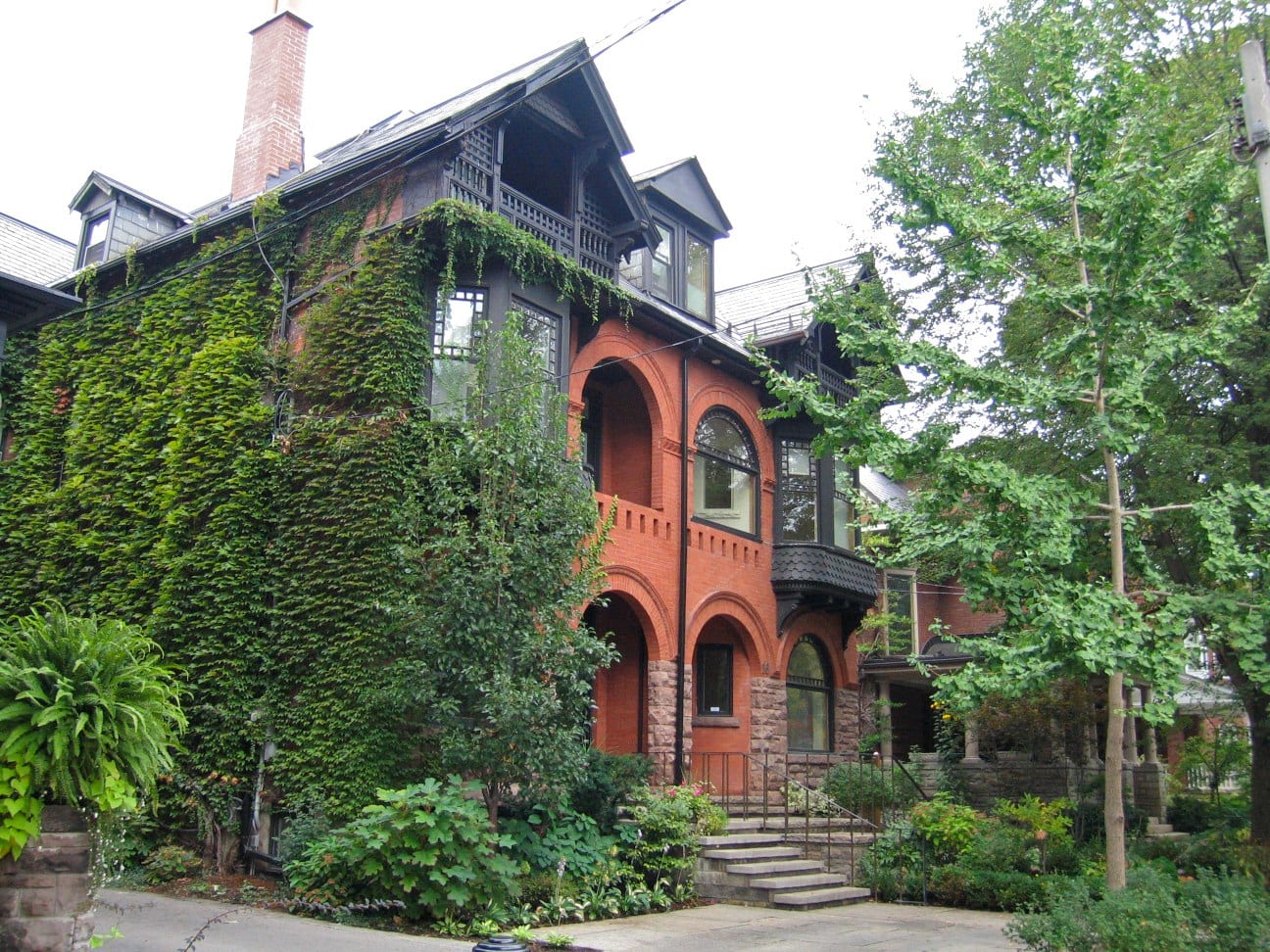 A newer generation of homes, mostly in the Georgian and Tudor Revival styles, was also built in the mid-20th century. These homes tend to display less bombast in their exterior detail, yet  project a quiet elegance that suits the neighbourhood perfectly.

Detached and semi-detached single-family homes are the most common property option in the Annex, though some townhouses are also available. As residents of the Annex fiercely protect the historic character of their neighbourhood, modern condominium developments are largely relegated to the major streets on the neighbourhood’s periphery. Condo buyers will find plenty of options along these corridors.

The Annex is in the Toronto District School Board’s Ward 10. Nearby public schools include:

Students in the Catholic system can attend:

Many of Toronto’s most highly regarded private schools are also conveniently located, with easy access from the Annex:

Please note that private schools establish and maintain their own admissions policies. Parents of prospective students should contact each school directly with questions out admissions and eligibility criteria.

The Annex is also very close to the University of Toronto’s St. George campus, making the area popular with university students.

Residents of the Annex are within easy walking distance of everything they need for their day-to-day lives. Most businesses and retail outlets are clustered along the major streets that border the Annex, with Bloor Street West offering a particularly complete range of restaurants, coffee shops, boutiques, and healthcare and professional services offices. A few pubs and casual eateries are also nestled into the quieter residential streets in the neighbourhood’s interior.

The Annex boasts an outstanding Walk Score of 94 and an even better Transit Score of 97. Most neighbourhood residents catch the subway at St. George station, which serves Line 1’s University-Spadina branch as well as Line 2 (Bloor-Danforth). Southbound streetcars are available at the Spadina subway station, and another Line 1 subway station is located at Dupont Street.

The Annex’s main cultural attraction is the Royal Ontario Museum (ROM), a world-renowned natural history and arts museum that draws millions of visitors each year. Annex residents are within easy walking distance of the ROM, which is located at 100 Queens Park.

Jethro Seymour is one of the Top Toronto Real Estate Brokers at Royal LePage RES Ltd., Johnston & Daniel Division. Jethro Seymour is a midtown Toronto residential specialist with over 20 years of sales experience in real estate, marketing, construction, and publishing. He has helped many families find homes in Toronto’s great neighbourhoods, and has extensive knowledge of local markets, new home construction, resale home sales, and the condo market. Living in midtown Toronto, Jethro previews many of the homes that come to market for his clients and inventory knowledge. Jethro specializes in Yorkville,  Casa Loma and midtown Toronto neighbourhoods.